‘Tis the season of giving shanks 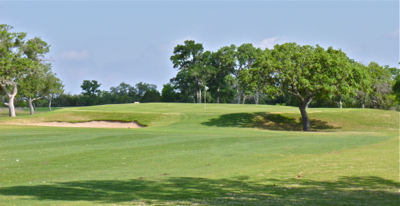 Like everyone else, I’m accustomed to my golf game going up and down. I’ll have periods where I make steady progress as my scores creep lower and lower. Then something will inexplicably break, my scores will shoot up, and I’ll start the process over again. You’d think that the bad periods would become fewer and less intense with practice and experience, but I’m beginning to wonder.

I’ve kept my handicap in single digits for longer than ever before, coming up on 3 years now. I was feeling pretty good about my game, winning more than my share, and looking forward to lower scores if I could just get a little more consistent in a few spots. Then it happened.

I played in a tournament with the best golfer in our area and saw a few things in his swing I wanted to incorporate into mine. You can guess the rest.

Since then I’ve had the worst stretch of golf I can remember. I actually shot 100 in one round (my index was 7.1 at the time) and hit more shanks and worm-burners than I could count. Every time I stood over a short iron I had nightmarish visions of killing someone standing off to the right. The only reason I could muster the courage to hit the ball was all of my playing partners wisely stayed to my left and behind me.

I paid a visit to our pro and he saw some alignment problems that I am working on fixing. Things are getting better, but it’s still pretty bad. I don’t fear the shank anymore. Instead, the last time I played I hit two of the worst drives I’ve hit in years. They were off the heel, dead left, and went under 50 yards.

Sometimes it’s hard to remember why I play golf. I play this game to have fun and hang out with the guys, not to prepare for a winning career on tour. I’m glad the holidays and the weather are giving me an enforced excuse to stay off the course and remember why I want to get back out there. A little break may be just what this turkey needs.

On the other hand, the last time I had a shank attack I cured it by buying new irons. It worked, too, so maybe this won’t be all bad. Christmas is coming, the goose is getting fat ….

This entry was posted in golfing memoir, Uncategorized and tagged golf swing mechanics. Bookmark the permalink.